How to Plan a Tibet Train Tour to Lhasa

When you are planning once-in-a-lifetime tour to Tibet, the first thing you think of is taking the Qinghai-Tibet train to Lhasa because the breathtaking scenery along the highest Qinghai-Tibet Railway are really the most beautiful. It’s worth your choice.

The Qinghai-Tibet Railway refers to the rail part from Xining in Qinghai province to Lhasa in Tibet Autonomous Region. But the Tibet trains starts saily from the stations in Beijing, Shanghai, and Guangzhou; and depart every other day from Xining, Lanzhou, Chengdu and Chongqing. All Tibet trains pass through Xining railway station.

In Tourism Peak Season (from June to Oct.7)

Because almost all the clients think that taking a train seems to be a good way to adapt to the high altitude and Tibet train tour is still very hot for Chinese and even overseas tourists, it is very hard to buy train tickets online directly by yourself in peak season (from June to Oct.7) .

If you can accept taking a flight to Lhasa and then take a train out of Lhasa, I highly recommend this way to you because it is relative easy to book train tickets and you can also experience Qinghi-Tibet railway trip one time.

There is another method: to buy train ticket via the ticket agency. But their service fee will be very high and they might sell tickets to whoever gives them a higher service fee. There are more trains passing through Xining train station. It is easy to get train tickets from ticket agency if you choose Xining train station as the beginning station.

In Low Season (from November to next March 20)

In the five months from November to next March 20, there are few travellers to Tibet because it is cold and the scenery is simple. If you have a vacation during these months, it is very easy to buy train tickets from whichever stations.

During these months, it is sometime hard and sometime easy to buy train tickets. If it falls on a national public holiday, it will be very hard. You can search online or ask a travel agency to help you buy train ticket if they happen to have train ticket to Lhasa from any train station. After controlling the ticket, you need go to the city where the beginning railway station is located in advance or go to Xining train station for boarding the train at that time when the train passed. 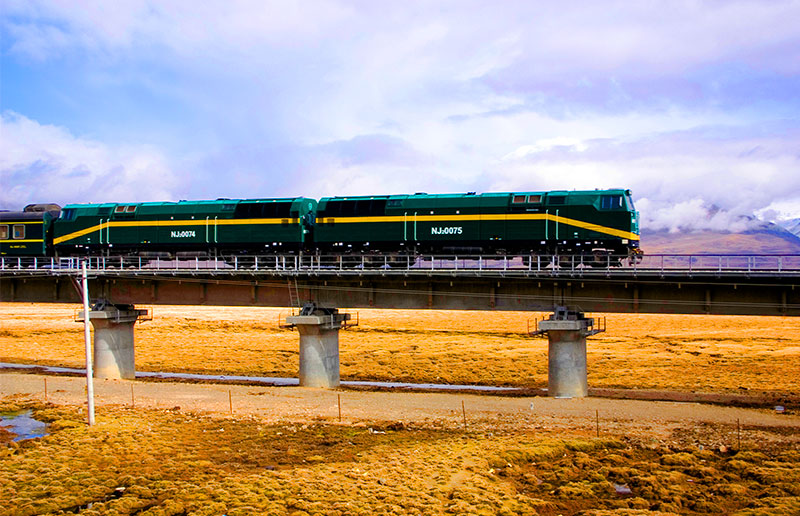 From Xining, it takes 21 hours 19 minutes to Lhasa by train, but from Guangzhou, it need 53 hours. If you do not want to waste much time on the train and stay in small and crowed car, the short time train journey will be better.

Usually, for the first-time tourist to Tibet, they choose a short 4 Lhasa tour or low altitude tour to test whether they can adapt altitude. When they come at the second time, they can go to Mount Everest or Mount Kailash.

On the Qinghai-Tibet train, you can have time to adapt the altitude change and the sickness risk will reduce. Like this, you can spend more time on visiting remote Tibet regions, and needn’t stay in Lhasa more days ahead. Your Tibet tour will be longer and richer.

Taking a Train to Lhasa VS Taking a Flight to Lhasa

The question of whether travelling to Tibet by train or by flight has always been the focus of discussion. Each has its own advantages. We suggest that you should consider various factors, such as whether you have enough time or not, travel preference, economic situation and your own physical condition, and then to make the suitable choice for you.

By Flight: Convenient, Comfortable and Time-saving

The main China cities have direct flights from Beijing, Shanghai, Guangzhou, Chongqing, Xian, Xining, Kunming, etc. Flights fly from all of these airports and there are several flights daily. It takes about 2-3 hours from one city to another. The flight service is also the first class.

There are many advantages for taking a train to Tibet. For example, there is a long transition time from low altitude to high altitude. During the slow journey on the Tibet train, you can adapt the plateau climate and avoid the occurrence of mountain sickness. When the Tibet train arrive at Golmud (2,829m), the train conductor will turn on the oxygen supply system to distribute the disposable tube to each passenger. You will not need to worry about high altitude sickness. The train ticket price is affordable and the scenery along Qinghai-Tibet railway is very beautiful.