Taking a Qinghai-Tibet Train to Lhasa is the first choice for many international tourists to Tibet. You will be impressed by the breathtaking scenery along the Qinghai-Tibet Railway: the railway itself, blue sky and white clouds, grasslands with flocks and herds, snow-covered Kunlun Mountains, source of Yangtze River and Hoh Xil National Nature Reserve, etc., by direct train to Lhasa from Xining, Lanzhou, Chengdu, Chongqing, Beijing, Shanghai or Guangzhou. 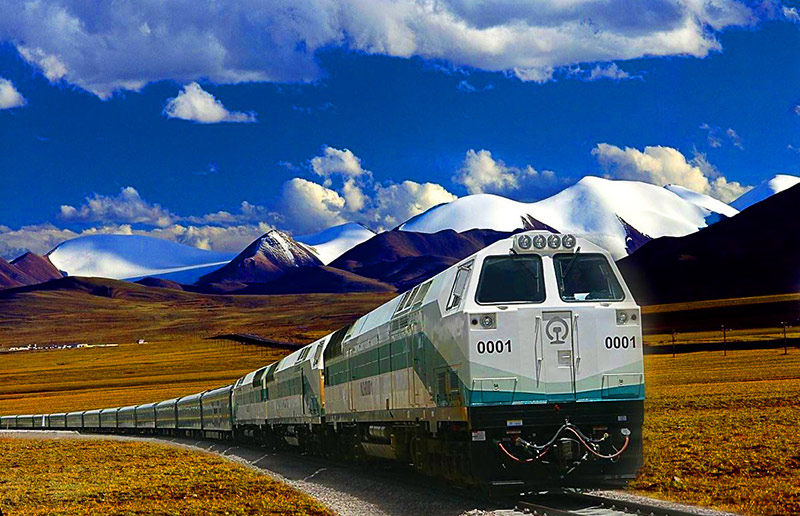 Berths/Seats and Tickets of Qinghai-Tibet Trains

On a Tibet train, there are 2 soft sleeper cars with a seating capacity of 32 persons. Total is 64 berths every train. There are 4 berths in each compartments, two upper and two lower.

The berths with pillows and quilts on it are clean and comfortable. The width of berth is 75cm and the length is 190cm. They are spacious enough for tall passengers. Each compartment have plenty of luggage space respectively beneath the lower berths and beside the upper berths. There are a table, TV Screen, oxygen outlets, clothes hangers and a lockable door equipped in them. 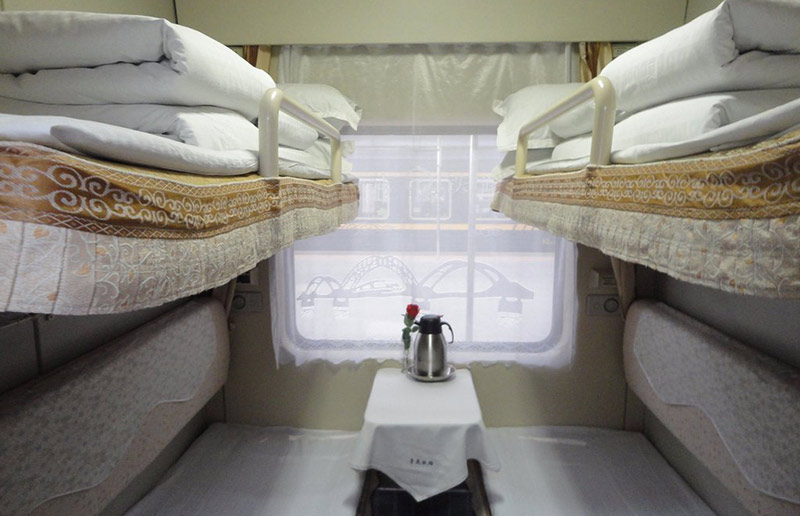 Each Tibet train has 8-11 hard sleeper cars with a seating capacity of 66 persons. Total is 528 to 726 persons. There are 6 berths in each compartments, two upper, two middle and two lower.

There are pillows and quilts on each berth. There are also clean and comfortable. But the compartment are a little crowed. The width of a berth is 60cm and the length is 180 cm. So there is no door for a hard sleeper compartment, which is comfortable for most of passengers.  Each compartment also has luggage space respectively beneath the lower berths and beside the upper berths.

The hard seat ticket is the cheapest ticket for your travelling to Tibet. A Tibet train has 4 hard seat cars with a seating capacity of 98 persons. Total is 393 persons.

If you want to see more scenery through train window and prefer to chat with other passengers about your Tibet journey, hard seat is a good choice for you. But you need to prepare for the long journey well because you are not able to lie down to get good sleep, which is something you need before arriving in Tibet to help you acclimatize to the high altitude.

All the trains to Tibet are equipped with a dining car which provides tables and seats and offers 3 meals a day to passengers. You need ask the train attendant to make sure where the dining car is. Usually it is located at the middle car of a train.

At non-meantime, you can also buy snacks, fruits and beverages from Train saleswoman. All food on the train maybe twice as expensive as that in other places. So we advise you to buy some snacks and drinks from supermarket before you board the train to Lhasa. 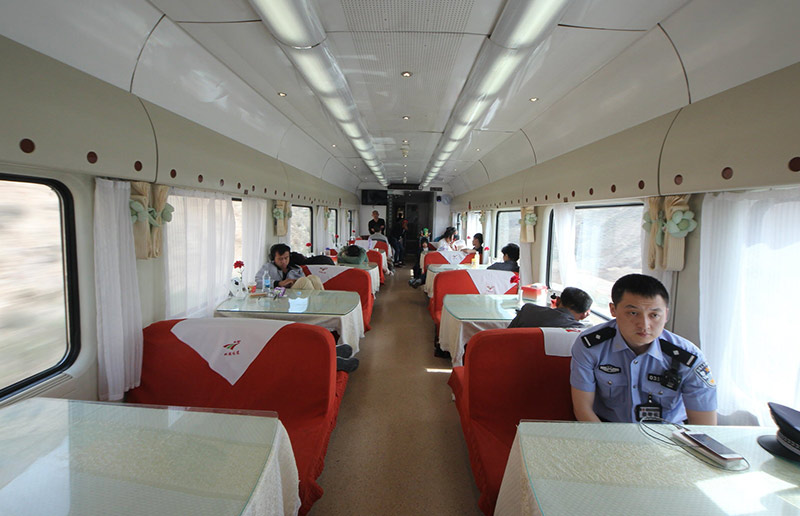 All Tibet trains are equipped with air conditioning which keep the temperature at a comfortable so passengers on the train will not get a cold when the trains run through the snow mountainous areas at high elevation.

On the train, when you fill not comfortable, please do not hesitate to ask the train attendant or push for emergency button for medical service help. There are professional doctors and trained nurses are available although it is limited first aid on the trains to Tibet.

Xining is the starting point of Qinghai-Tibet Railway. The Train Z6801 runs directly from Xinig to Lhasa every other day. The total rail distance is 1,956km. It departs from Xining Railway Station at 14:01, and arriving at Lhasa Railway Station on the second day at 11:20 (21hrs 19mins in total).

But each day there are 5-6 trains to Lhasa passing through Xining train station, pushing easy to booking train tickets and short train journey time, it is first choice for most passengers to take a train to Lhasa from Xining.

Although there are also 5-6 trains to Lhasa passing though Lanzhou train station, international passengers do not choose here because it is hard to book the train tickets from Lanzhou to Lhasa and the original Tibet Travel Permit need to show when boarding the train.

The train Z322 is the only train from Chengdu to Lhasa. It departs each other day from Chengdu railway station (also known as Chengdu North Train Station) at 21:37 and arrives at Lhasa railway station at 09:55 on the third day. The distance is 3,030km and it takes 36 hours and 18 minutes.

The train Z223 is the only train from Chongqing to Lhasa and it depart each other day at 22:12 from Chongqing West Train Station to Lhasa Railway Station. The whole rail length is 3,030km and it takes 35 hours 43 minutes.

As one of the most popular inbound city of China, Beijing is considered as the best place to start Tibet tour. Most of international and domestic travelers prefer to go to Tibet by train rather than take a flight to Lhasa. Taking Tibet train from Beijing to Lhasa, passengers will enjoy the magnificent scenery changes from eastern plain to Qinghai-Tibet Plateau.

The train Z164 runs from Shanghai to Lhasa each day. It departs from Shanghai Railway Station at 20:08 and arrives at Lhasa at 19:35. The whole rail length is 4,373km through 8 provinces and takes 47 hours 27 minutes.

From Guangzhou to Lhasa, it is the longest railway route to Lhasa. The whole rail length is 4,980 kilometers. For this kind of distance train journey, a soft sleeper or a hard sleeper is highly recommended which allows a more comfortable trip.