It takes more time to get to Tibet by road than taking a train or plane. But it is rewarded all the time for travelers who choose to drive into Tibet. The place that only appears in your dream is closer and closer as you drive from crowded and noisy cities to the wasteland. The road condition had been improved recently to make sure that everyone can enjoy a comfortable journey along the road to Tibet. With Qinghai-Tibet Highway, Yunnan-Tibet Highway, Xinjiang-Tibet Highway, Sichuan-Tibet Highway, as well as Sino-Nepal Friendship Highway, tourists can have a Tibet tour from mainland China and Nepal. Here are those roads maps to Tibet for you to get detailed information about the road that you want to pass through. 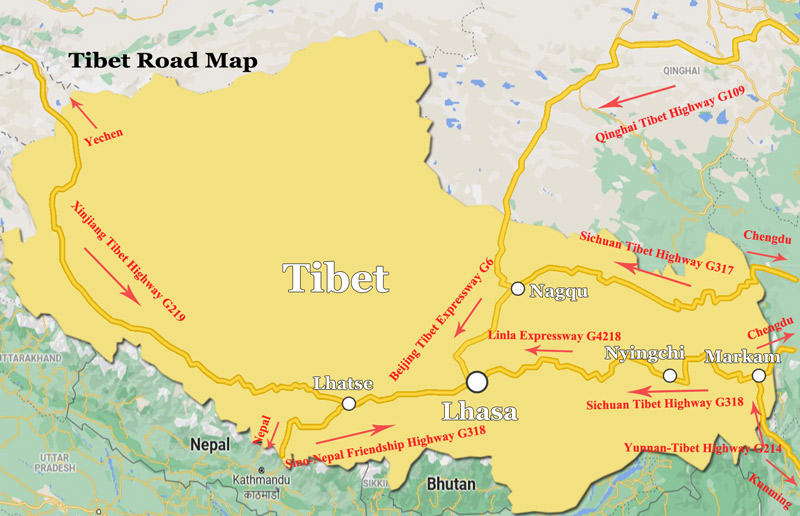 With a distance of 1,937 kilometers, Qinghai-Tibet Highway connects Xining City in Qinghai Province in the east and ends at Lhasa City in Tibet in the west. The construction of the highway started in 1950 and it was brought into service in 1954. As the highest and the longest road in the world, Qinghai-Tibet Highway is also the shortest road into Tibet with the best road condition. That is why it becomes the most popular route for tourists and also businessmen. It opens to traffic all year around. Along the road, grasslands, salt lakes, Gobi, mountains, deserts and other amazing views can be seen along the road. 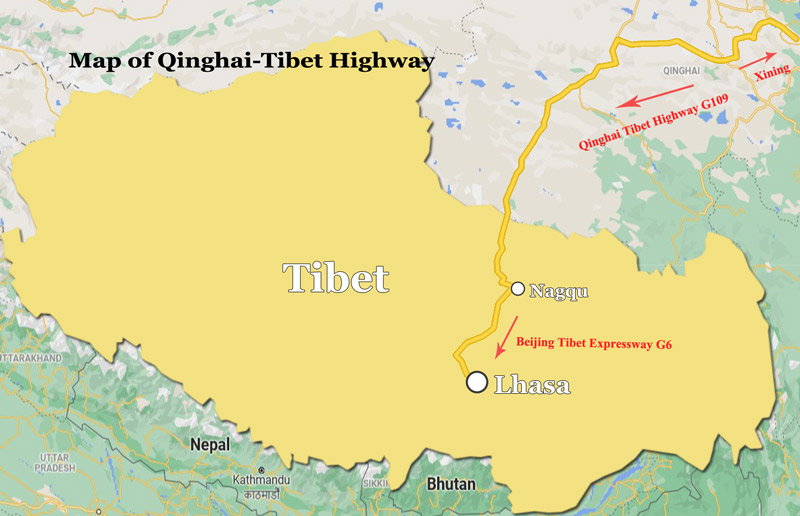 Yunnan-Tibet Highway connects Kunming in Yunnan and Lhasa in Tibet. It is the lowest road to Tibet, which will be easy for tourists to acclimate. As the ancient tea-horse road used by businessmen in ancient China, the climate along the road is mild and humid with glorious scenery and dense forest. The best time to get to Tibet via Yunnan-Tibet Highway is from April to May when the spring is coming. And from September to later October can also be extremely beautiful with the leaves turning yellow gradually. The whole journey of 2,371 kilometers usually takes 8 days for tourists to enjoy the tour to the fullest. 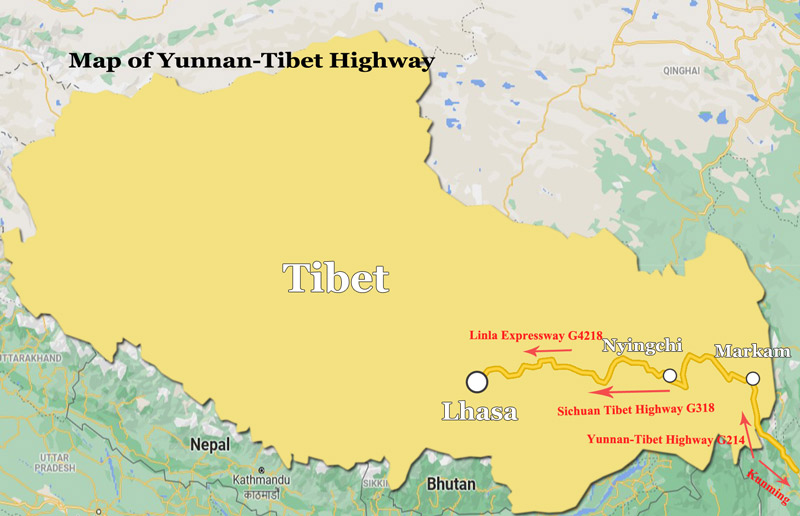 Xinjiang-Tibet Highway consists of two parts - Kashgar in Xinijiang to Shiquan River in Ali and Shiquan River to Lhasa, covering a distance of more than 2,500 kilometers. The average altitude along Xinjiang-Tibet Highway is 4,500 meters, with more than 10 snow mountains with altitudes of more than 5000 meters. This route will climb the Kunlun Mountains and Gangdise Mountains and pass through the vast western wasteland, which will grant tourists the chance to see boundless Gobi, desert, snow-capped mountains, as well as herds of wild animals such as Tibetan donkeys and yellow sheep. The best time to drive on this route is from May to June and September to October. 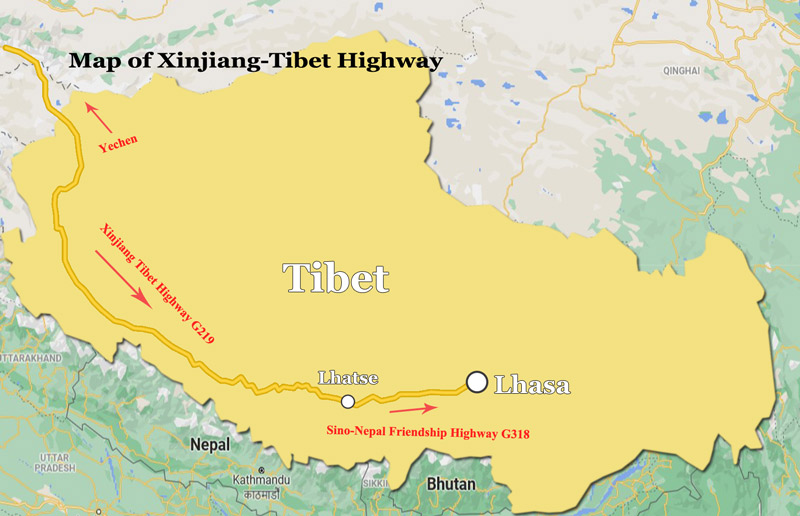 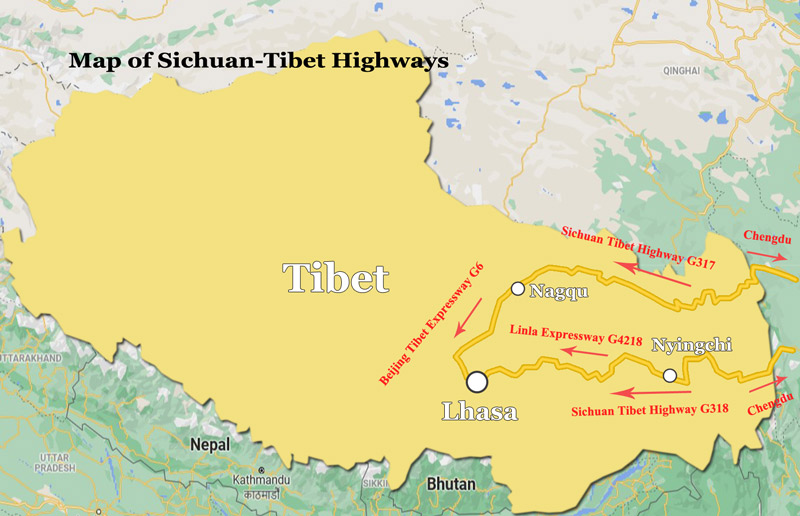 As an international highway from Lhasa in Tibet to Kathmandu in Nepal, the Sino-Tibet Friendship Highway is one of the most popular routes among Tibet tours. The route will run through the most important places in Tibet, such as Lhasa and Shigatse from east to west, connecting two pure and mysterious places in the world - Tibet and Nepal. Along the 860km-long route, tourists can also pay a visit to those famous sites in Tibet before reaching Nepal. 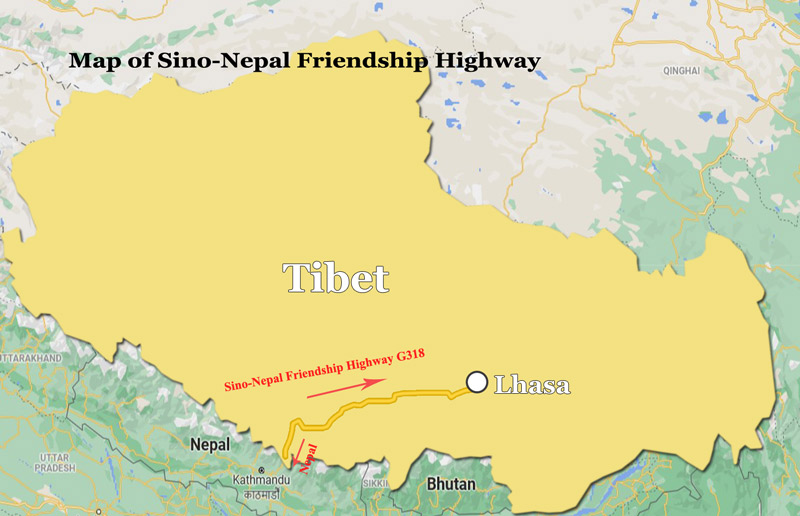