For many journeys to Nepal would not be complete without a glimpse of the highest mountain on Earth.  For some it will be enough to view Everest from the Kathmandu valley rim on a clear day, it is also possible to sit in the comfort of a plane seat for the experience. Others however settle only for a more intimate meeting with the last earthly rung on the stairway to the heavens. Everest area is the most popular trekking region in Nepal.

The Everest Region is within Sagamartha National Park established in 1976, it lies some 120 kms North East of Kathmandu and covers an area of 1,148 sq. kms of the Himalayan ecological zone U.N.E.S.C.O. listed the Park as a World Heritage Site in 1979. The park includes the upper catchments areas of the Dudh Kosi and Bhote Kosi Rivers. The park is largely composed of rugged terrain and deep gorges within an elevation of 2845m at Monju to the top of the world, Sagarmatha (Mt. Everest) at 8,848m above sea level. Other peaks above 6,000m are Lhotse, Cho-Oyu, Thamserku, Nuptse, Amadablam, and Pumori.

The famed Sherpa people, whose lives are interwoven with the teachings of Buddhism, live in the region. The renowned Tengboche and other monasteries are common gathering places to celebrate religious festivals such as Dumje and Mane Rumdu. In addition to Tengboche, Thame, Khumjung and Pangboche are some other famous monasteries.

The following program features the old heritage and culture of the Kathmandu valley and Trekking around the Everest region and flora/ fauna of the Chitwan National Park. You will be spending minimum amount of time to traveling between each destination and you will be enjoying the best activities in each places. 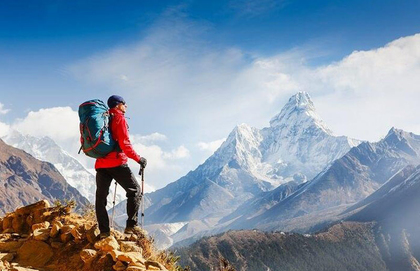 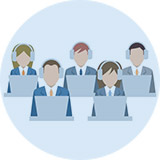 Free Design Itinerary and Quote for You !